To be determined Shipping
0,00 € Total 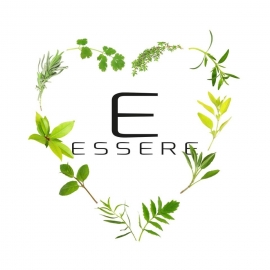 OUR PRODUCTS DO NO CONTAIN :

Sodium Laureth Sulfate and Sodium Lauryl Sulfate (SLES and SLS). Aggressive surfactants derived from petroleum, which are widely used in cosmetics. They create a lot of foam. Its pH, once in contact with chlorinated water, grows up to 10 times. The alkaline effect is very aggressive for hair and skin. Causes damage t...

OUR PRODUCTS DO NO CONTAIN :

Sodium Laureth Sulfate and Sodium Lauryl Sulfate (SLES and SLS). Aggressive surfactants derived from petroleum, which are widely used in cosmetics. They create a lot of foam. Its pH, once in contact with chlorinated water, grows up to 10 times. The alkaline effect is very aggressive for hair and skin. Causes damage to people and the environment, it is not biodegradable, cause dehydration and allergies especially for people exposed to regular use.

Silicones: Synthetic substances with film-forming properties, non-biodegradable. Provide no real benefit, only a momentary feeling of softness end in itself. They do not leave hair breathe , which over time tends to weaken and pools.

PEG: In detergents and shampoos are used to obtain viscous emulsions, and in  creams allow  to obtain emulsions with emollient and humectant properties.  In the INCI they are indicated with a number (eg, 40 Peg, Peg 150 etc …) The effect is only apparent, because it does not make effective hydration, coating the skin with a film that does not allow the exchange with the air.

BHA and BHT: The butylated hydroxyanisole (BHA) and butylated hydroxytoluene (BHT) are synthetic preservatives, banned in many countries, as they can cause irritation of eyes, skin and mucous membranes, water retention, degradation of D vitamin  and increased plasma levels cholesterol. Some studies attribute to a specific carcinogenic, while in large doses cause severe liver damage.

Propylene glycol: It ‘an inorganic compound, usually a faintly sweet, transparent and colorless petroleum. E ‘used in many cosmetics brand, pharmaceuticals and professional mass market, and as a humectant vector of perfumes and oils in herbal medicine. It ‘also used as antifreeze less toxic and as a working fluid in hydraulic presses. His disciolglimento in water causes a drastic lowering of the level of oxygenation and can ’cause death or migration of marine wildlife. E ‘used for its low cost.

Vaseline oil: It ‘a purified wax hydrocarbon, mainly used for the production of candles. Also called petroleum jelly is widely used in cosmetics of any kind. It is successful because of its low cost.

Petrolatum and paraffinum: they are  additives for petroleum creams to help soften and soothe the skin. They often are used in many cheaper cosmetic brands , unfortunately also for children. Used in cream for face, body and lips.

Parabens: metyl-, butyl-, propyl-, ethyl, chemicals are widely used as preservatives in the cosmetic and pharmaceutical industries. They are used despite the allergic reactions in many people. It ‘has been calculated that in 12 months, a normal person eats about 2 kg of chemical preservatives and 5 kg of chemical food additives.

Imidazolidinyl Urea: It is one of the most widely used preservatives for cosmetics. Release formaldehyde. In many countries its use is prohibited because of its carcinogenicity.

DMDM Hydantoin: antimicrobial preservative that release formaldehyde. It can cause irritation or sensitization on sensitive skin.

Tetrasodium EDTA: It is used in cosmetics as an additive to improve the action of surfactants (decreasing the hardness of the water), to prevent rancidity due to contamination from iron ions and other additives as adjuvant bactericides. ‘An agent often used in shampoos. Not Biodegradable, is a poison that brings the blue fish to become sterile.

DEA– Tea – Mea: solvents are used in many cosmetics. Cocamide Dea has been included in the list of carcinogenic ingredients.

Keratin, collagen and by-products: These are substances derived primarily from the nails of dead animals such as bulls and horses. They are used in various products for hair to give volume volume.

Mineral Oil: It ‘petroleum oil usually used as oil for vehicles. Readily available in scented oils and essences used for perfume houses. Once burned, emit dioxin. Used in many hair styling products and oils for body massage. Used for its low cost.

INCI : International Nomenclature of Cosmetic Ingredients , is an international standard to write the ingredients on the label of a cosmetic product.

It will not be only the high knowledge about ingredients to let us understand how is safe a product, because many positive and organic substances if used in big quantity can be dangerous. It is important an accurate study to create a synergy between ingredients, so the products can have high performance.

Pricipal ingredients of our product.

Substances that make easy to eliminate waste after rinse. They make fat hydro-soluble, permitting them rinse.

Used for biodegradable cleanser, it is obtained from fatty acids and Sarcosina amminoacid , often is used as secondary surfactants to balance other surfactants.

Cocamidopropyl Betaine are added in a cleanser product to control aggressive properties of primary surfactant. They are used as thickener agents too. They leave soft and creamy foam.

Ammonium Lauryl sulfate is a surfactant that is disposable from a few years in a total vegetal version.  Not to confuse with the similar ” Ammonium laureth sulfate”, a synthetic version added with ethilene oxide and often prepared with petroleum derivatives components.  Vegetal Ammonium lauryl sulfate  is a surfactant peculiarly suitable for hair cleansing. It is approved to use from all european Certificator ( AIAB, ICEA, ECOCERT, COSMEBIO, NATRUE, COSMOS and others ).

Sodium Arganamphoacetate is a surfactant with fatty acids derived from Argan oil, it produce a soft and persistent foam. It is suitable for products used for hair with sensitive and gentle skin.

Sodium Olivamphoacetate is a surfactant derived from fatty acids of Olive oil, great foam power and balance with other primary surfactants.

Sodium Sunflowerseedamphoacetate is derived from fatty acids of sunflower oil. It has a great foam power and balance with other primary surfactants, like Olivamphoacetate.

It is used like secondary surfactant in cosmetics like Shampoo, hand and face cleanser, bodywash. Highly biodegradable, it is obtained from renewable fonts of vegetable origin, it is very gentle on skin, so it is suitable for products dedicate to children.

Lauryl Glucoside is used like secondary surfactant in product like shampoo, bodywash, hand and face cleanser. Highly biodegradable, it is obtained from renewable fonts of vegetable origin, it is very gentle on skin, so it is suitable for products dedicate to children, like Coco-Glucide.

Decyl Glucoside is a highly biodegradable surfactant. It is obtained from fatty alchool of coconut and sugar, renewable font derived. It is higly tolerated by all type of skin, so it is suitable for specific products for sensitive skin or children. It is suitable for products used in case of dermatitis.

Derived from “Moringa Oleifera” seed oil, it is  highly biodegradable, it helps to comb hair and leave hair soft and volumized. It has a good antistatic property.

It is used like emulsionant usually in hair products (hair conditioner). It is used because give viscosity to the product without weighing it down.

It has caracteristic fragrance of cocounut. Used in hair conditioner

Preservatives are substances that kill microorganism. They are used in righ percentage to preserve the product from microbic pollution. The presence of high microbic situation can cause problem to the product, like broken emulsion or lost of viscosity.

Preservatives of vegetal origin, active with bacteria and fungus. Benzoic Acid and its salts, are present in the majority of fruit, expecially in blueberries, but we can find them in mushrooms, in cinnamon or clove.

Preservative of vegetal origin present in many essential oils. Active with bacteria,

They can reduce oxygen to avoid the action with fatty radicals.

WE RESPECT OUR PLANET

The energy regime used by our laboratiories derived from wind power plant in Pontedera, in Tuscany and the Larderello geothermal energy plant ever in Tuscany, renewable and environmentally sustainable.

ESSERE There are 3 products.